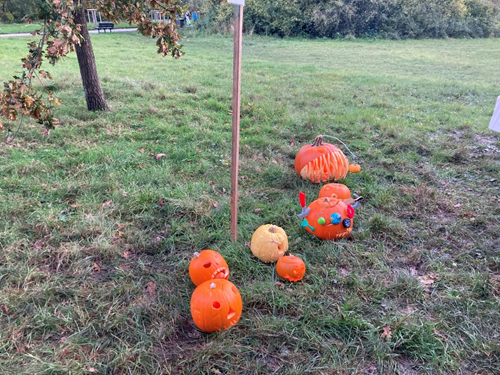 The Friends of Tooting Common Pumpkin Parade returned to the common in 2021, after ...

Friends of Tooting Common are concerned at the volume of litter on the Common.  ...

There has been very considerable wear and damage to a number of parts of the Common ...

We are a group of local residents who care about our Common and want to make it a better place for people, plants and wildlife. We aim to promote the public use and enjoyment of Tooting Common. If you ... 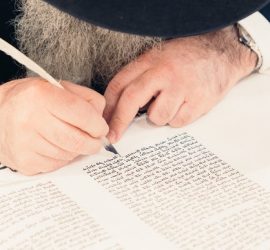 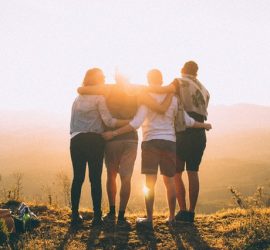 Join the Friends of Tooting Common Join us! You can support FOTC by becoming a member.  Membership is only £6 for an individual or £10 for a family.  Becoming a member has numerous benefits: Access ...

The Friends of Tooting Common Pumpkin Parade returned to the common in 2021, after the virtual parade in 2020.

For the second year running, the Friends of Tooting Common ran the Pumpkin Parade on Hallowe’en itself … results are below. Thank you to everyone who entered, everyone who spread the word, and to the judges and organisers … particularly to Peter, Judy, Clare, Leonie, Mike, and Simon.

The weather was glorious for the parade, despite the forecast and lots of rain over the previous few days. As in previous years, there were classes for the Funniest, Scariest and Most Artistic carved pumpkins, as well as fancy dress for under fives and over fives.

Thank you to everyone who entered the competitions, and to people who came and watched. Hope you had as much fun as us, and the trick or treating later on was great fun.

Entry to the competitions was free but we invited donations to the Royal Trinity Hospice towards the great work they do.  We are very pleased that £170 has been raised so far.

We’re delighted to have returned to hosting events on the common (although events in cyberspace were fun too), and look forward to holding more events soon.

Thanks from the Friends of Tooting Common.

Some photos from the event are below … pumpkins were named by us, not by the entrants (or the pumpkins themselves) so apologies if some aren’t quite right.

A number of people post photos of the Common on the FoTC Facebook group, particularly of trees and plants.

We (FOTC) draw these together every few months and post them here. The most recent set of photos is here:

We hope these photos help celebrate the Common, particularly for people who aren’t often able to get out onto it.

Many thanks to all of the photographers, and particularly to Roy (Vickery) for his very informative posts, and for sharing his botanical expertise with us.  Many thanks also to Eamonn (Richardson) for drawing these photos together.

Some photos for previous months are:

We hope this will provide a longer-term record of how the Common looks at different times.

Alongside circulating these photos, we also run regular photo competitions for the Common. (See separate blog post on this.)

Friends of Tooting Common are concerned at the volume of litter on the Common.  We consider that more could be done on litter collection, and have raised the issue with Enable and the Council. We also arrange our own volunteer litter picks (and will shortly be restarting them, which were suspended during lockdown).

However, it is also very important that people take litter home with them, and certainly do not to leave it lying out on the Common.  Littering the Common is selfish, and spoils the Common – which is a really excellent greenspace, available to everybody – for everyone else.

There has been very considerable wear and damage to a number of parts of the Common as a result of heavy usage, particularly during summer 2020. These problems have been exacerbated recently by waterlogging, resulting in a number of large muddy areas. FOTC have raised these issues of concern with Enable (who manage the Common on the Council’s behalf), while recognising that these and other problems on the Common may not have easy short-term solutions.

There have been some general concerns about dog and puppy thefts in London, and also some reports recently of people acting suspiciously in some other greenspaces in Wandsworth – eg asking dog owners about their dogs, and/or taking photos of the dogs. There have been no reported incidents of concern on Tooting Common, which is re-assuring. However dog owners using Tooting Common may want to be generally aware of these reports, and to be vigilant to eg anyone asking questions about their dog(s).

Also, if you know of any actual theft, or see someone acting suspiciously, please report it to the police on 101, so that any incidents can be logged and acted on.

FOTC have kept closely in contact with the proposals for the development of the Triangle site over the last several years, and have made comments at a number of stages. This is an important and contentious subject on which there are a range of views among FOTC members.

Following consultation with members FOTC have sent these comments (in December 2020), reflecting the balance of members’ views, to the Planning Inspectorate on Wandsworth Council’s application to the Inspectorate for the development.

As indicated, FOTC neither supports nor objects to the proposed development overall. We see a number of points to welcome, but also a considerable number of points of significant concern which we are urging the Planning Inspectorate to consider.

We understand that the Inspectorate are aiming to make a decision on this development by August 2021.

Wandsworth Council’s latest guidance on using greenspaces is in this open letter from Neil Blackley (Enable Head of Parks) to everyone visiting greenspaces in Wandsworth over the end-May bank holiday weekend, stressing the need to observe social distancing:

Friends of Tooting Common strongly support the comments in this letter.

Among other things, given the heavy usage of the Common at present, and consequent levels of litter, we encourage all users of the Common to take litter home with them, and certainly not to leave litter adjacent to bins which are full.

We are though raising with Enable and the Council the need for an increase in litter collection.

All information from Wandsworth Council on Coronavirus – both for people needing help, and for those volunteering to help – is here: https://www.wandsworth.gov.uk/coronavirus

Similar information from Lambeth Council on Coronavirus is at https://www.lambeth.gov.uk/coronavirus-covid-19